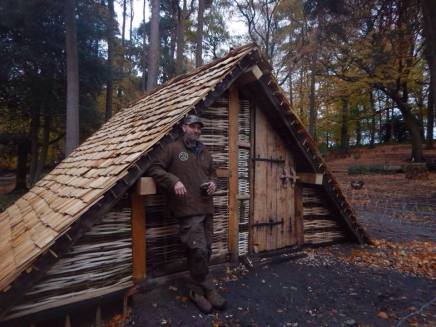 The sub roman sunken feature building at Upton country park has been demolished. The building was completed in 2016, but was vandalised soon after. I had been unable to repair the building because of my daughters ilness and subsequent passing. I’m a little disappointed that the building was dismantled before repairs were attempted, perhaps the building wasn’t located in the best place. I’m glad volunteers were involved in the build and that passing walkers at least managed to learn something of the building techniques and historical context.